After following the basic install procedure I attempt to look at the Office Web Apps Farm configuration with the PS command Get-OfficeWebAppsFarm.
The following error is thrown..

Although many blogs explain that this issue is related to installing on a different drive than C, or that its specific to Windows Server 2008 or 2012

I found that (IMHO) the issues was unrelated to installation path or server version. Instead it appears to be an issue with the ASP.NET installationregistration with IIS.

This can be reinstalledregistered with the following command 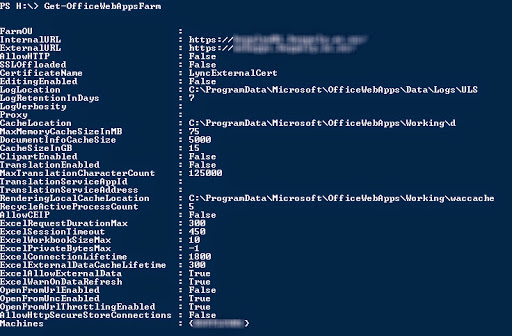 Follow Modern Workplace and Collaboration on WordPress.com
Join 674 other followers